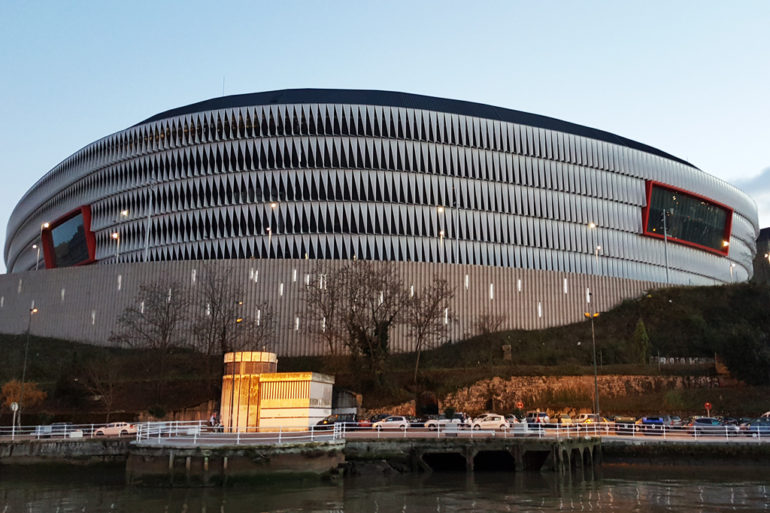 A couple of years ago my car broke down in a mountain area in Croatia. I entered the small town’s only bar. Inside I believe there were all the residents of the town. When they asked I told them I was from Bilbao. I went on to explain that it was a city in the Basque Country, in Spain… But I had no time to finish…They quickly began to sing the anthem of the Athletic Club, our football team. And what it started being an inconvenience on my trip turned into a party.

The Athletic Bilbao is something very much ours, that is why this is one of our proposals for our soccer guests: Going to the team’s field and feel like one of us. Surrounded by the sensations that are breathed in the field and talking with knowledgeable fans about the different moves.

The Athletic Club has a particularity that makes it unique: Only soccer player born or formed in the Basque territory can belong to the team. A tradition of 1912 that has been maintained since then. It is also recognized as a quarry club and constantly works in the training of young footballers. It is one of the only four professional clubs in Spain that is not a Sports Anonymous Corporation, so the club’s management rests with its members. Together with Real Madrid Club de Fútbol and Fútbol Club Barcelona, it is the only club that has competed in all editions of the First Division of Spain since its creation in 1928.

The current San Mamés Bilbao Stadium was awarded in 2015 as the best new sports building in the world. It is a perfect space to host events and has a magnificent restaurant with spectacular views of the countryside. For business groups presentations there have various special rooms, with a contemporary style and a different atmosphere. In addition, the field is integrated within the city, a step away from hotels, museums, restaurants and recreation areas.

Soccer in Bizkaia was introduced in the 90s, thanks to the English fishermen who worked at the port. They played soccer games in their spare time. Soon after, they were joined by Biscayan fans. The interest of the locals kept increasing until they found their team in 1898, like the English; this team was baptized with the name of Athletic Club. The team was constituted legally in 1901.

Do you want to feel like one of us?