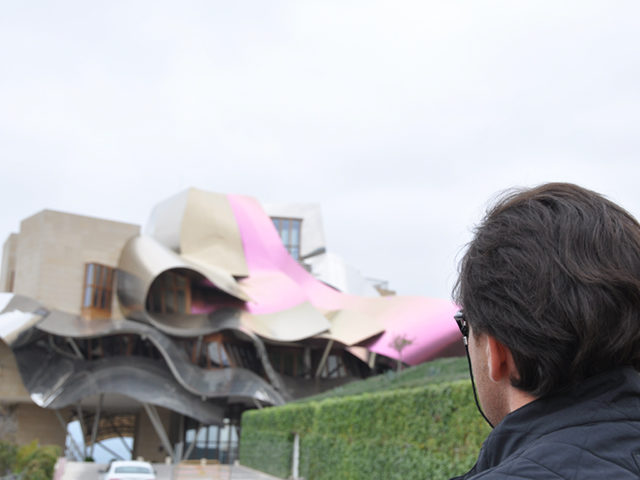 Just a dream or a reality?

I closed my eyes for a moment in the SPA and began to dream. We were flying a hot air balloon on a red, yellow and green mantle. In the middle of the field protruded a wine color titanium mass*. When we landed 4×4 vehicles were waiting for us to tour the vineyards accompanied by an oenologist who, under the warm sunshine, let us try different types of grapes. When we arrived to the wooden-glass house the meeting began; in this magical setting everything looked nice and solutions sprouted like strains. To celebrate, we lost ourselves through the streets of a walled medieval village leading to a deep, narrow and dark basement. There we met the owner of a winery built in the fifteenth century, Julian. We talked with him until sunset. Even though we were supposed to have a meeting with a great recognized Michelin chef, it was difficult for us to bid farewell.

I opened my eyes to see that the dream was a reality. And there I was, in the exclusive Vinothérapie® SPA Caudalie Marqués de Riscal, Rioja Alavesa, in the middle of living intensely through my company, my colleagues and to go Basquing.

* In Rioja Alavesa wineries include monumental headquarters designed by architects like Gehry or Moneo, along with ancient underground cellars in medieval villages.