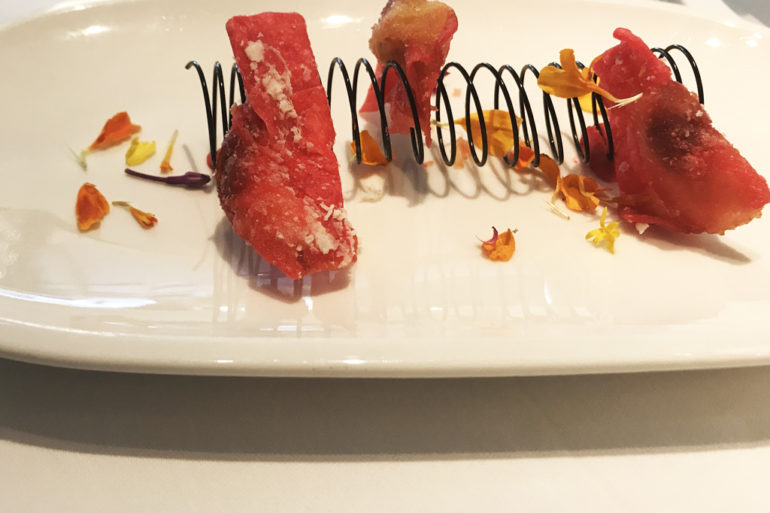 This year’s awards, equal to the Oscars in gastronomy, will be held in Bilbao (Basque Country-Spain). We already have hundreds of ideas for these days on how to enjoy with our groups of guests: take them to a private gastronomic clubs where they could eat with the locals and share their songs and ancestral recipes; visit a traditional stone-house grill where they can taste the different flavors of the local meat and fish based on the different types of firewood they use (km 0); a tour of the 2017 awarded restaurants; stop by some of the many local markets where they can see and taste fresh fruits and vegetables as well as freshly caught fish; wine tasting at some of our internationally recognised wineries (Rioja) … And all within an hour car ride.

We have it so easy here!. The Basque Country is the territory with the highest per-capita concentration of Michelin stars in the world: 22 restaurants and 31 stars. The list of The World’s 50 Best Restaurants 2017 includes four of these restaurants: Asador Etxebarri, in Axpe (No. 6); Mugaritz, near San Sebastián (No. 9); Arzak, in San Sebastián (No. 30); and Azurmendi near Bilbao (No. 38).

William Drew, Group Editor of The World’s 50 Best Restaurants made it clear when he identified the Basque Country as “one of the best culinary destinations in the world.” And we agree. Do you want a tempting proposal?