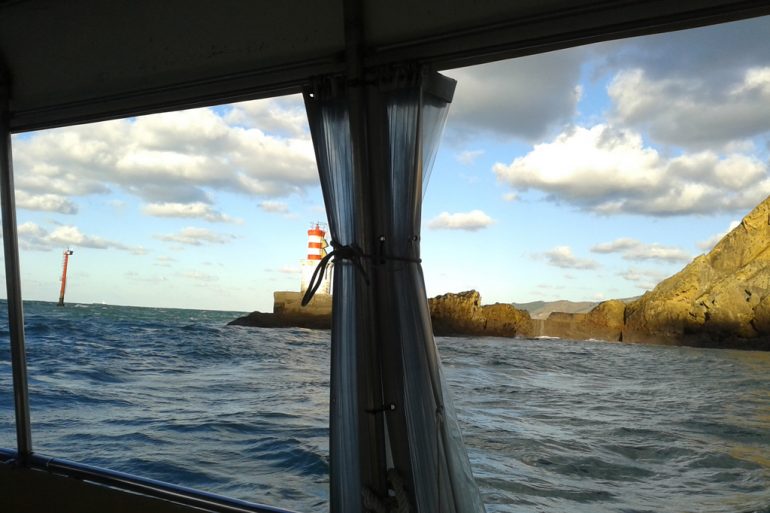 The tale about canadians and basques

Would you like to go to a museum where they rebuilt, by hand, a 29-meter whaler from the sixteenth century? Does that exist? This is a surprise even to a group of engineers who manufacture cars. As it couldn’t be otherwise; we arrived by boat!

Its director explained the history of this great project sponsored by UNESCO*. The Canadian historian Selma Huxley found the documents in the 70s, in the Basque Country, which led them to the whaling vessel S. Juan, sunk in Red Bay in 1565 after a strong storm. The Canadian archaeological team from Parcs Canada spent 14,000 hours underwater investigating the wreck. It was dismantled piece by piece. Now, Pasajes San Juan, the harbour from where it once departed, is bringing it back to life thanks to the Albaola Museum.

Because of them we have discovered that the Basque maritime industry was an authority in Europe, with a major source of whale fat, which was used for lighting; that Red Bay owes its name to the red tiles of the ovens where that fat was processed; and even today, in the Newfoundland coast you can find the names of towns and words derived from the Basque language; we also learned that Basque sailors did not get sick from scurvy due to a beverage they were carrying with them: apple cider; that our “caserios” (traditional Basque farmhouse), as we know them today, were built to produce this drink in large quantities; that the recognition of the Basque shipping industry was such that the “Spanish Armada“ ordered their ships to be built here…

And last and most importantly, they have infected us the wit and courage of those sailors who departed without knowing if they will return with a slogan that has left a legacy ” for life, give life “.

*UNESCO sponsors the reconstruction project of the whaling vessel San Juan (+) and uses it as a symbol in its Underwater Cultural Heritage logo. The Canadian Red Bay and remains of the Basque whalers were declared a UNESCO World Heritage Site in 2013.
go Basquing collaborator UNESCO Etxea (+)