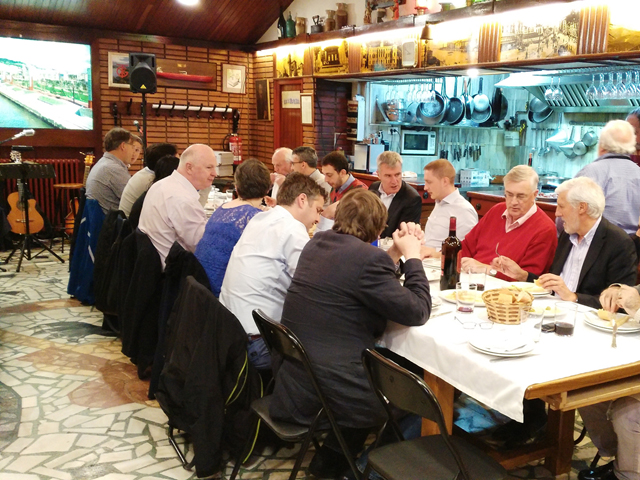 Surround yourself with Basque people and feel as one of them.

This is our experience with Gure Txoko, the oldest gastronomic society in Bilbao. These “clubs” were created in the mid- s. XIX where Basque males met weekly to talk, cook, eat and sing.

It was such a privilege that they allowed us to enter this private space where you can only access invited by a member. There, next to the kitchen, from the large and long wooden tables, our group was able to observe how proficiently they handled the kitchen. My favorite of the traditional dishes we tried was the codfish. Soft and delicious, it easily separated in bright white sheets and was cooked to perfection. Then, I was told it was also the king of Spain’s favorite when the Lehendakari* invited him to Gure Txoko.

As my takeaway, I will forever treasure these memories, those who joined us and the love with which they embraced us. Thanks for making us feel at home!!!